You may love it or hate it, but it has probably been very difficult to escape the Die Hard actor, Bruce Willis, advertising Sky broadband on our TV’s. But wait for it, this advert has been banned for being misleading. Hooray I hear some of you say!!!

As a reminder, the ad shows Bruce Willis making a complaint about the current internet speed he is receiving from his current provider with him being clearly told by another character that he should try Sky Broadband because it offers “totally unlimited” broadband.

A narrator on the TV ad then goes on to say this service is available for only £7.50 a month, however upon reading the small print on the screen it states that unfortunately this deal is only available to existing Sky TV customers. But if you were to watch earlier in the advert you will have seen on screen text that states that in order to obtain this service you need to purchase both calls and line rental as part of the Sky Talk package which currently totals £14.50 per month. It also states that Sky TV packages start from £21.50 a month.

The Advertising Standards Authority has banned this under the grounds that the advertisement is not clear enough.

One viewer had made a complaint highlighting that the advert does not make it specifically clear the level of commitment that is needed from the customer in order to receive this service at the price advertised of £7.50.

Sky however took these comments on board but responded by saying that its pricing structure is very clear and that the average customer would understand from the small print provided what commitment is required and that they had to be an existing Sky customer.

However they did also admit that a new customer of the service did not have to be an existing Sky TV customer as they could gain the service for only £10 a month extra.

The Advertising Standards Authority replied that the advert was clearly not directed at existing customers and these additional charges should have been made much clearer. This was important information that the viewer should be aware of and therefore this information should be displayed prominently rather than in small print as if to hide something from the viewer.

They went on to say that small print comes across as being significantly less important to the viewer than what the narrator had to say.

The watchdog made a further comment by adding that the cost element of the TV package was presented less clearly and had even been removed from the screen 15 seconds before the narrator had finished talking.

On these grounds the Advertising Standards Authority has said this advertisement will not appear on the TV again in its current format.

So you may have to say good bye to Bruce Willis for the mean time – but I am sure he will be back!

Administrator · 49
Staff member
Pity they couldn't ban Sky too.......
I'm somewhat shocked that a company like BSkyB might try to hoodwink the public into parting with money with dubious advertising.

(not)
I find the "it's not your computer, it's your broadband" ad with whassisname in it a bit misleading too, when playing music my laptop stutters and skips like that too, but it isn't affected by the speed of the broadband, it's just a slow old POS, so the computer he had was probably a POS too and that "tech" didn't know what she was talking about...

Plus if you did bed a golfball into a laptop screen it wouldn't kill the laptop, so that's quite misleading too!!
Sky? Misleading? Surely not.......
The Bruce Willis ad has made a comeback, didn't pay attention to it though as it's a $ky ad, so not sure if they've corrected the misleading claims or not, most likely the latter and are hoping nobody notices...
Yeah I noticed it was back too.
Talking of repeats, this family has been living the Twelve Monkeys

Channel Hopper said:
Talking of repeats, this family has been living the Twelve Monkeys

william-1 said:
The dirty digger organisation lives up to his name no care about customers at all just rip them off 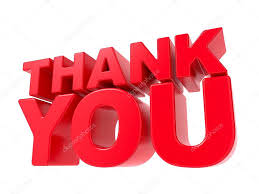